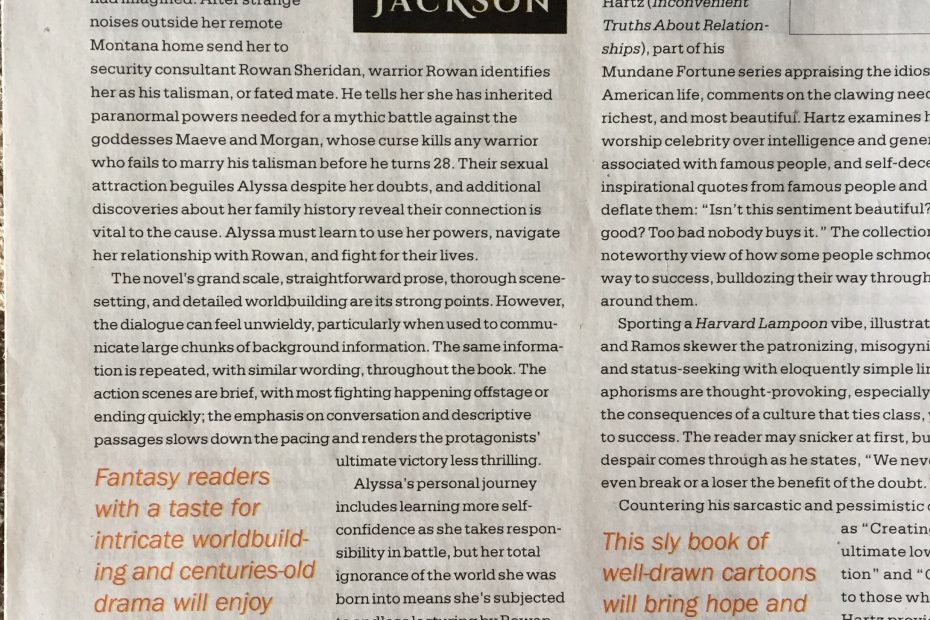 My Thirty New Things Happy New Year begins on May 1. May Day. It’s the exuberant day of spring with flirty opportunities (did you ever leave a May Day basket for a cute someone?). Because I’m in the middle of writing and publishing a romance series centered on a band of modern-day Celtic warriors, I’m paying attention to all things Celtic. May 1 is Beltane in the Celtic calendar, the spring fertility festival when animals are blessed and people are—busy. There are bonfires, dancing, chances for sneaking away with someone special. . . May Day is ripe for opportunities, yeah? Seems an appropriate day to start trying new things.

What a difference a year makes

Last year during the first half of May, I was in Greece. In the space of fifteen days, I tried fifteen new things. Some of the cool new things I tried included walking on an active volcano, swimming in an ocean hot springs, sailing on a wood-hulled three-masted sailing ship, and drinking ouzo, which was a bucket list item. Yep, I had a blast. This year in May? Well, let’s say, there are all kinds of ways to try new things.

May was a slow new things month, which explains why there were no blog posts. Since my goal here is to share new experiences, it helps to have a few. These days of lock-down, social distancing, and otherwise avoiding people require some creativity in trying new things—especially when you need to branch out from trying new recipes. Let’s face it, unless you plan to become a chef (not recommended at the moment), trying new recipes only isn’t going to lead you to a whole bunch of new luck. Having said that, I did try a recipe for homemade tomato soup that’s delicious hot or cold. 😉

What did I do new? Well, I scored a book review in a major magazine. In the BookLife section of the May 25, 2020 edition of Publishers Weekly, you’ll find a decent review of Talisman, Book One in my series. I admit to being pretty dang giddy when the magazine emailed and asked if I’d like them to post their review. Though the review is a B (basically 4 stars), having it appear in the magazine led to a much larger opportunity. In the July 27, 2020 issue of Publishers Weekly, I’ll be one of the featured authors—just in time too. Bard, Book Four in my Talisman Series, will have been out officially for a week then.

The review of Talisman is a “warts and all” kind of opinion. Though the review is positive for the most part, it does say a few things that no author wants said of her work. Like the romance in the romance novel isn’t really romantic. (I have a few readers who take issue with that statement, which gives me all the feels, but that’s beside the point.) Still, if I hadn’t said yes to putting that review in the magazine, I doubt they would have followed up with an offer to interview me and promote another book in the series. That’s what I mean by taking risks. Trying a new recipe is great and all, but if it doesn’t work out, you’re only out the ingredients. Putting your creative work out there for public review means people might hate it—and express their opinions. Conversely, putting your work out there can lead to big rewards too.

The other new experience I had in May involved participating in a Facebook takeover. I’m not really adept on social media, especially Facebook, so I had to work at this one. My fear, of course, was making a mess for someone else. I managed not to do that, but my giveaway didn’t work because Amazon won’t send gift cards or free downloads of eBooks to Canada, which is where my winner lives. That was truly disappointing. But I learned several new things from this experience, the most important being to state that I can’t do giveaways with people outside of the U.S. While it was fun to interact with other authors and readers, it’s also exhausting and exceptionally time-consuming to spend a day constantly checking in to Facebook, which is part of the takeover expectation. I’m not sure I want to spend another day that way, but I’m glad I gave this a try.

Yay for the Internet?

The whole stay-at-home thing truly does test one who wants to try new things but always associated having new experiences with going somewhere to do so. In June, I tried two new things that are Internet based. The first one was participating in a Zoom call. I know, I know, everyone else started doing this for REAL in March, but I had no reason to until I wanted to participate in a panel on book selling. By nature, authors aren’t all that excited to be physically in the public eye. So it was very weird to see myself on screen. The “put a red dot by your camera to remind you to look there” idea is necessary too, I learned. One’s natural tendency is to look at the person to whom you’re speaking, but doing so on Zoom means you appear to be lost in space. It’s a strange, strange experience, one I’m not sure will lead to luck, but like the book review, one never knows. . .

The second new experience I had was finally launching my newsletter. There are glitches, but at least the onboarding email went out. Turns out, having the onboarding email work was really good since sixteen people had opted to join my mailing list before I was ready to send out emails. I’m grateful to all of them for staying with me and being patient while I get my act (somewhat) together. I know having a newsletter will lead to luck because I subscribe to several myself, and I learn so much. No doubt, I will learn a ton from my subscribers as well, which can’t help but lead to luck.

So there you have it. My thirty new things new year isn’t off to as auspicious a start as 2019-2020, but at least I haven’t been sitting around doing nothing either. How ’bout you? What have you tried so far this year? How has it worked out for you?

Yours in taking a risk (or thirty),